If you know the right tactics, you can seriously drive DOWN your ad costs and INCREASE your ROI.

Back in the “good old days”, you used to be able to run ads and get clicks for pennies. It was fantastic. Put up an ad, throw a couple hundred dollars into it, and you could create a tsunami of traffic for your offer.

But the good old days are gone, and running ads on Facebook is getting more and more expensive. There’s more competition than ever (and because apparently being a multi-billionaire isn’t good enough for Mark Zuckerberg…) But if you know the right tactics, you can seriously drive DOWN your ad costs and INCREASE your ROI.

One simple tactic is called retargeting.

In this post I’m going to give you a step-by-step guide for how to retarget on FB, as well as some best practices.

Before we explain the how let’s make sure we’re all on the same page regarding the what. Have you ever been shopping for shoes on one site, and then you see the exact same shoes on an ad for a different site?

It’s creepy, right? Like some sort of weirdo stalking you across the internet, probably printing out a bunch of photos of you and posting them on his bedroom wall.

(Note: This isn’t a feature exclusive to Facebook. Plenty of other traffic sources offer the ability to retarget your ads)

It’s a way of getting your ad in front of the same audience again and again. Instead of showing an ad to a randomly targeted audience, you can specifically go after people who know you and are interested in what you’re selling.

Okay, quick time out. I know what you’re thinking. But if someone has ALREADY seen my site and didn’t buy my offer….why would I show it to them again? Isn’t that just wasting money?

Loads of reasons. Maybe they were interested in buying your stuff, but they were interrupted during the checkout process. Maybe they didn’t have the cash immediately, but you show them your ad a few days later and it’s payday. Now they can buy. Or maybe they need time to think about it. They’re not impulse buyers and like to wait a bit before making their decisions.

In marketing, there’s something called “The Rule of 7”. It says that people need to see your message at least seven times before they’ll take action. In other words, it’s not enough for them to see your ad once or twice. They gotta see it at least seven times. And that’s why retargeting is so powerful. You can put your offer in front of people 7 or 70 or 700 times.

Remember “Mantis” from Guardians of The Galaxy? She was the one who could basically look into people and see what they wanted.

Retargeting sort of gives you the same superpower. It allows you to put your ads in front of people who you know already WANT what you’re offering. It’s so powerful because it allows you to target warm traffic instead of cold. Instead of putting your ad in front of people and just hoping they like what you’re selling, you’re targeting people who have already demonstrated that they’re actually interested in what you’re offering. The more you target people who are already interested, the higher your click-through-rate, conversion rate, and ROI on ad spend.

So how exactly do you retarget?

There are two main ways to retarget people. The one you use will usually depend on the type of ad you’re running.

The Facebook pixel is a little piece of code that you install on your website or landing page. When someone clicks on an ad and visits the page, the pixel places a bit of code in the visitor’s browser. Then, when that person goes back on Facebook, Facebook sees the pixel and shows them your ad. It’s pretty genius.

Step #1: Install The FB Pixel Wherever You Will Be Sending Traffic 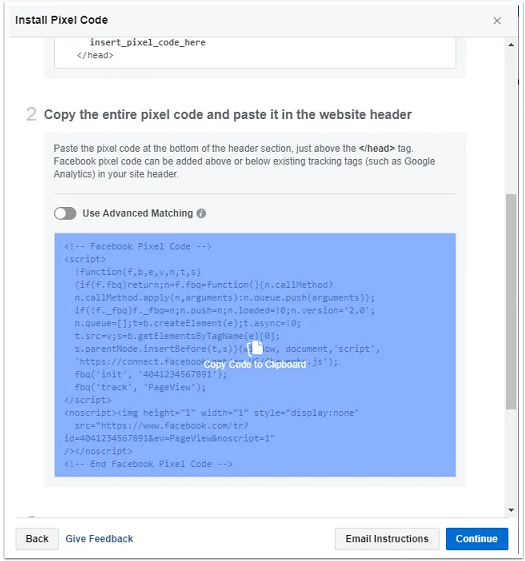 First, you need to install the pixel code on your site or landing page. This is the page where you’ll be sending all your traffic. Installing the code isn’t very difficult, and Facebook has laid out pretty detailed instructions here. When you create your pixel, you also create an “event” associated with the pixel. You can have a pixel that registers every time someone visits your page, adds a product to their cart, initiates checkout, etc.

The event code you pick will depend on your offer. If you’re simply retargeting people who have already clicked through your ad and viewed your lander, you’ll use the “View content” event. 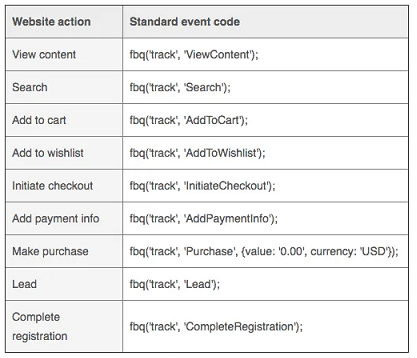 Step #2: Create Your Initial Ad Sets and Run Traffic To Your Offer

The next step is to create your initial ad sets and then start running traffic to your offer. It’s important to note that before you use your pixel, you probably want to get a fair amount of traffic to your offer (at least 1,000 clicks). After all, retargeting the same 10 people again and again probably won’t work very well.

When you create your initial ads, it’s really important that you make sure your pixel is turned on. If it’s not, Facebook won’t track the people who visit your page. 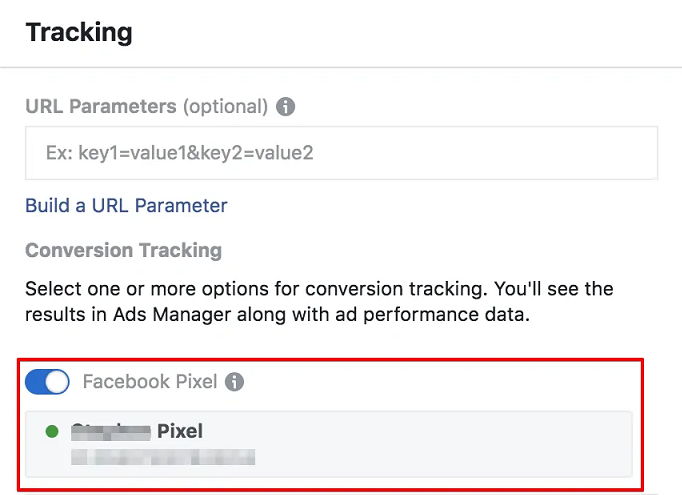 Step #3: Create A Second Set of Ads and Use Your Pixel To Define Your Audience

The custom audience is all those who have the pixel tracking code in their browser. 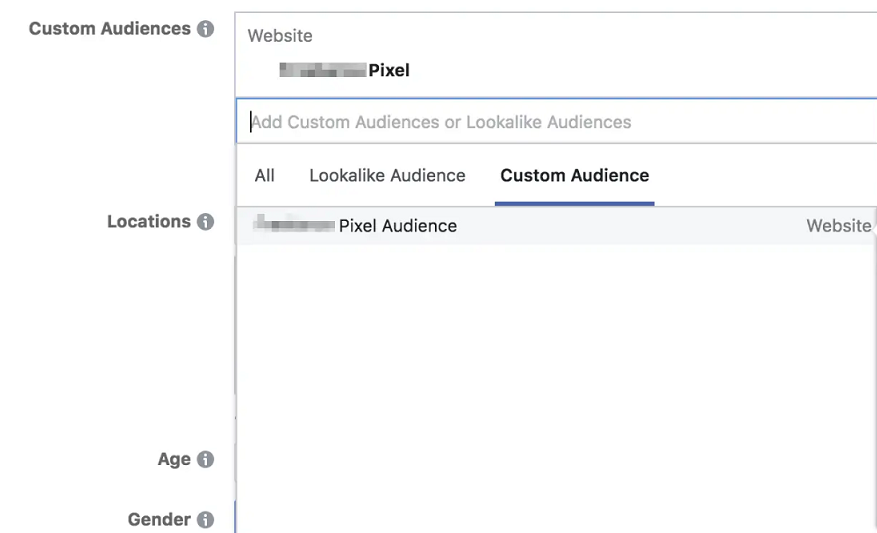 You also have the option at this point to create a “Lookalike Audience”, where Facebook takes all the people in your pixel and then uses their massive amount of data to create a bigger audience based on those in the pixel. However, a lookalike audience isn’t made up primarily of people who have already interacted with one of your ads, so you probably don’t want to use it for retargeting.

Once you’ve created your pixel audience, you’re done. Unleash your ads into the wild.

Method #2: Those Who Have Engaged With Your Ads

You can also retarget people who have directly engaged with one of your ads instead of visiting a webpage. For example, if you run a video ad, you can target those who watched a certain amount of the video. Or people who have commented on or liked an ad.

This method doesn’t require the pixel since Facebook already knows what people have done (THEY KNOW EVERYTHING!).

Step #1: Create Your Initial Ad Set and Choose Engagement or Video Views As Your Objective

The first step is to create an ad set that has the objective of either engagement or video views.

Again, let the ad run long enough to get a fair amount of engagement.

Step #2: Create A Second Ad Set With A Custom Audience Based On Engagement

Next, you’re going to create a second set of ads, and this time your custom audience is going to be based on engagement instead of the pixel. 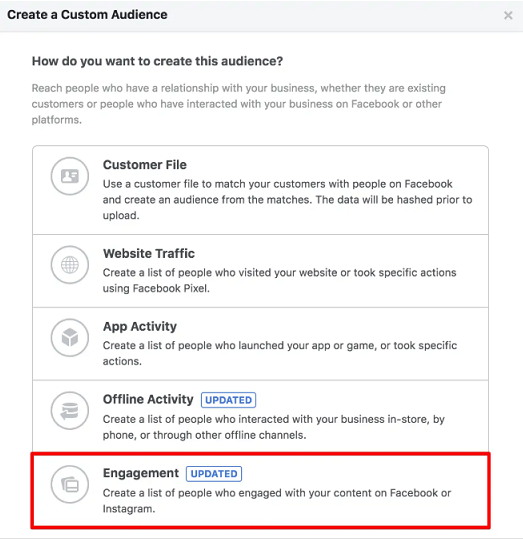 You can choose people who have watched a video, interacted with your page (likes, comments, shares, etc.), opened up a collection or lead form, etc. 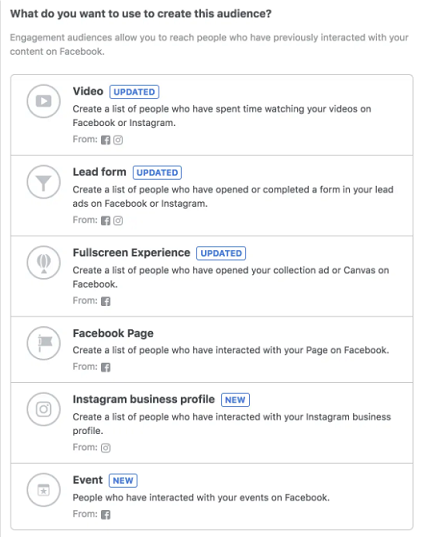 One awesome part of creating custom audiences based on engagement is that you can build a loyal fan base who love what you do. These are the people who like whatever you post and watch all your videos. The more you build this fan base, the more likely they are to buy from you in the future.

Retargeting everyone who visited your site can definitely work, but you can get even better results if you get super specific with your retargeting. For example…

Tip #1: Retarget With A Special Offer

You’re already going after people who have shown interest in your offer. Sometimes a special offer can get them off the fence. Give a discount, throw in something free, offer free shipping (if you’re selling a product). A retargeting ad with a special offer can be that small nudge that pushes them to buy.

This allows you to get way more specific with angles, ad copy, landing page design, etc.

Sometimes all that’s needed to get people to take action is a new look to your ads. When you retarget, try changing up the ad images, call-to-action, copy, angle, etc.

Netflix actually uses this strategy to get people to watch more movies and shows. They constantly change the covers because they know that people respond to things that are new.

Some people use Facebook Messenger way more than they actually go on Facebook. Now that Facebook includes ads in Messenger, you can retarget people directly in it. This goes back to people needing to see things at least seven times before they’re ready to buy. When you retarget in Messenger, it’s another way to get people to see your ad.

If you’re not retargeting, you’re wasting money. You’re showing your ads to a lot of people who just aren’t interested. You might as well be using a billboard alongside the highway, hoping that the right people will see your ad and take action. By retargeting, you’re ALWAYS putting your offer in front of people who are at least somewhat interested. Because of this, your CTR goes up, your conversion rate jumps, and you get way more ROI on your ad spend. 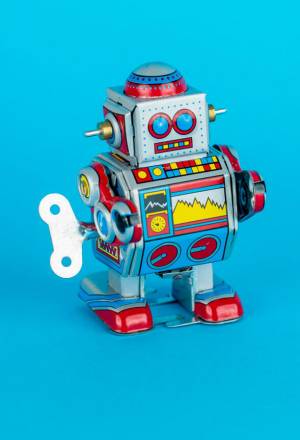 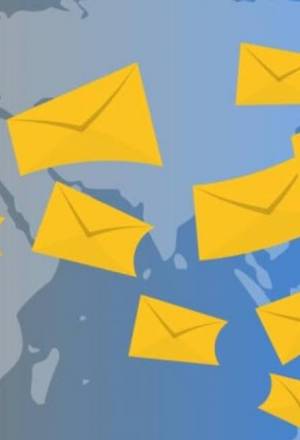 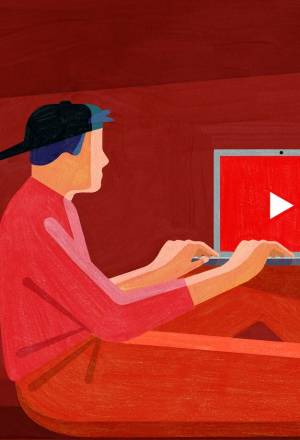 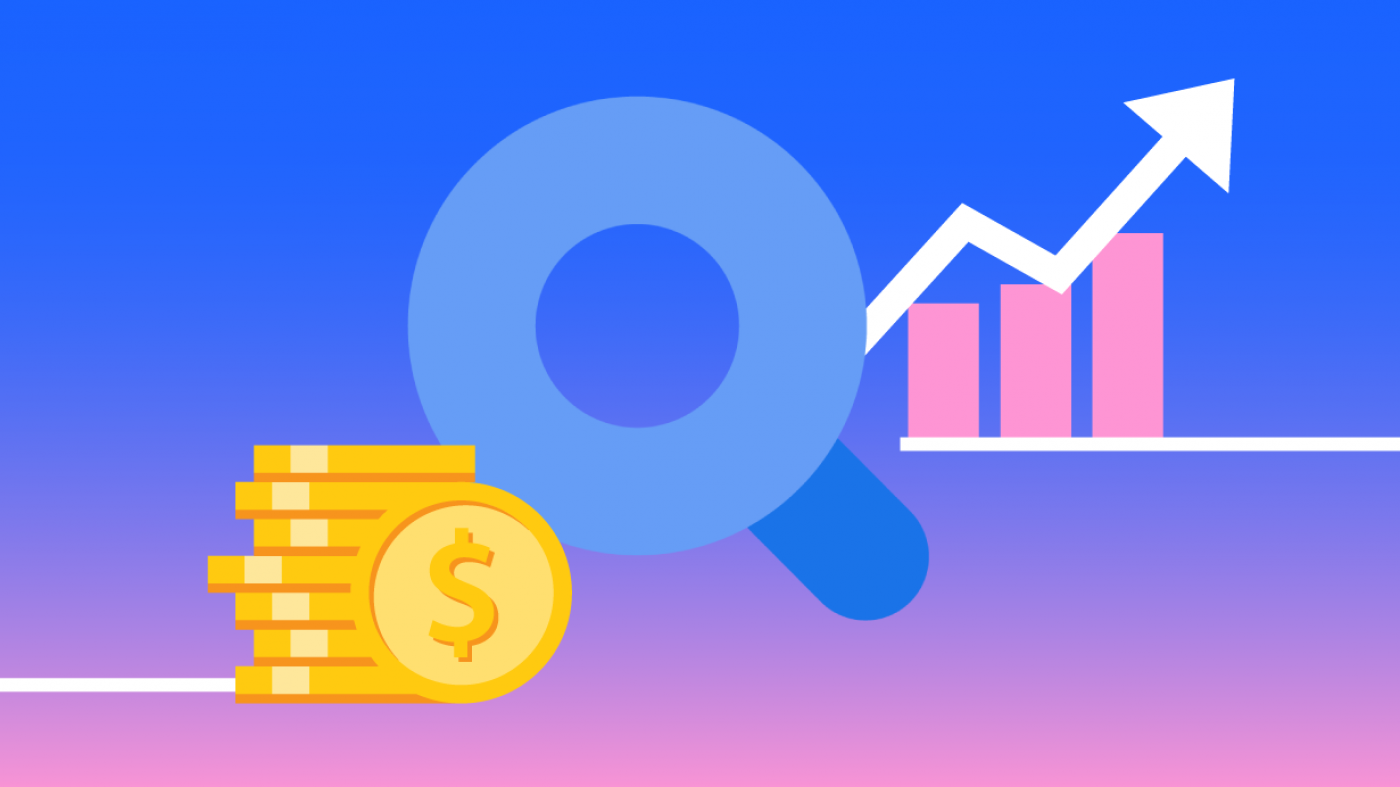 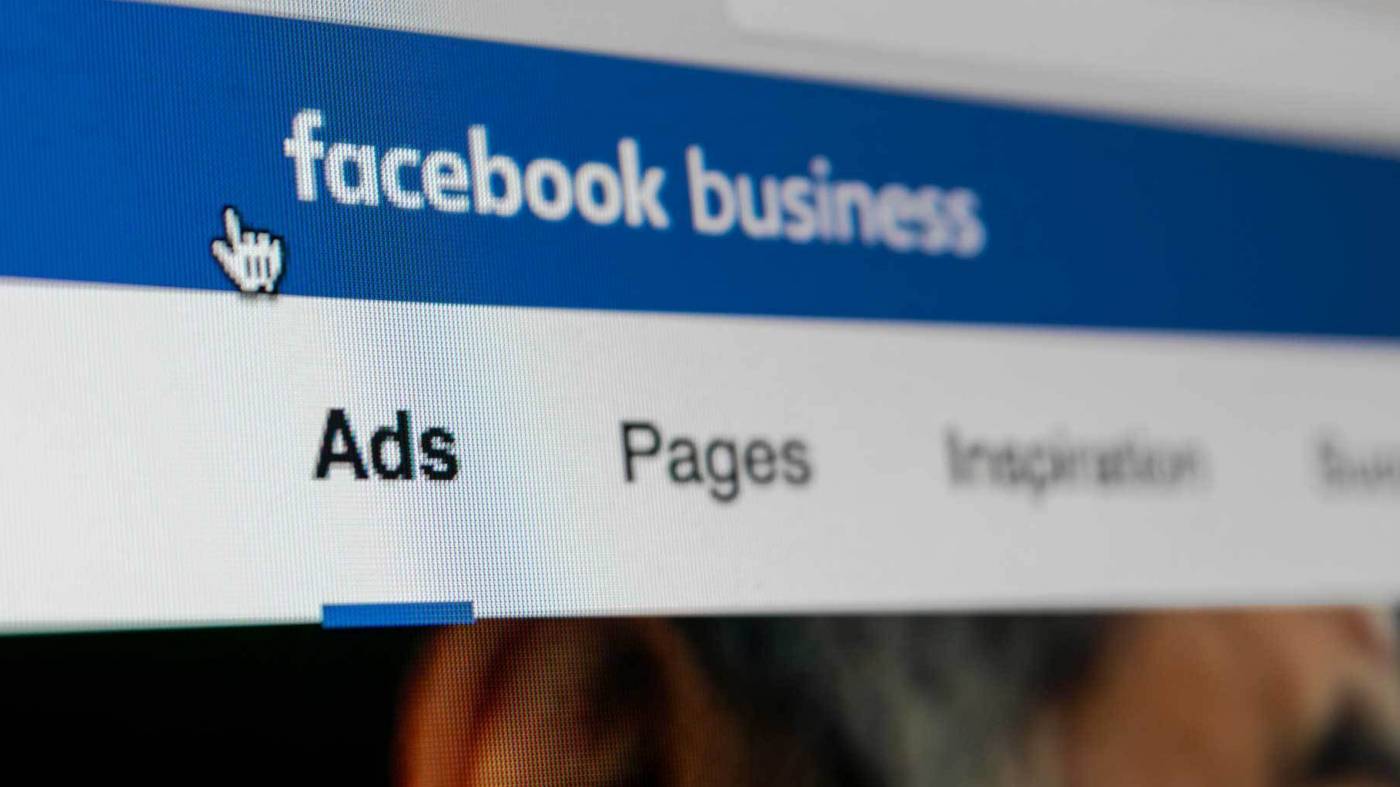 9 min 2304
Affiliate Valley
Cookies help us deliver our services. By using our services, you agree to our use of cookies. You can turn cookies off by changing your browser settings Agree