Advertisement cost via Facebook and Instagram depends on a large number of factors, and setting a click rate much higher than your competitors do is not enough at all. Perhaps it can provide you more chances to win auctions for advertisement impression, but it can´t reduce its cost anyway.

For striving consistently to minimize your expenses instead of wasting money, here are 5 tricks that will help you to save on the cost of impression or click.

1. Keep your eyes on a frequency of impression.

The frequency of advertisement impression is one of the major criteria defining the quality of your advertisement.

So, before dealing with a concept of frequency of impression, let's revise at first such concepts as:

The value of frequency is "averaged" i.e. the frequency 1.5 doesn’t mean that the advertisement was seen by one and a half persons, it’s only an averaged quantity and, therefore, a particular user could see one advertisement twice.

Why is frequency so important?

First of all, it is important because sooner or later your readers can become "banner blind". This kind of blindness happens to all of the people after having seen one advertisement two or more times. Advertising banners just become unnoticed, so money is wasted.

Here is a comparative plate showing how the CTR parameters for your advertisements worsen and how fast a click cost grows, with the increasing impression frequency provided. 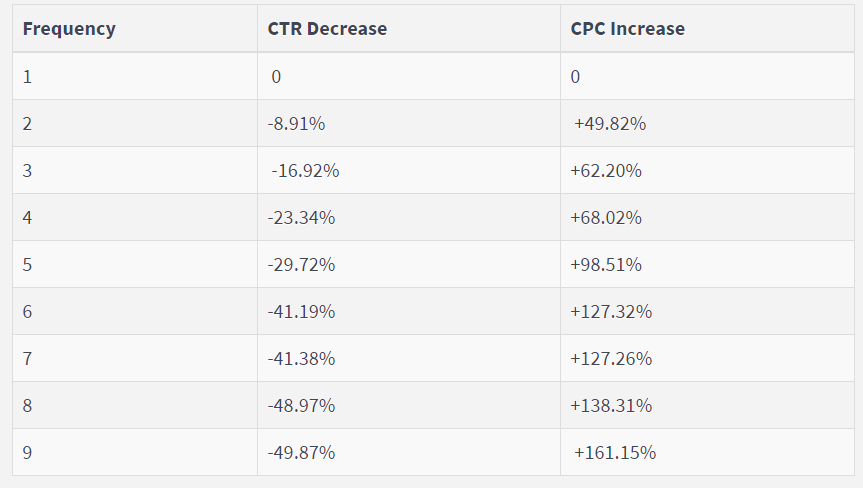 I think now it’s clear that if indicators of frequency begin getting up crazy, it is necessary to take emergency measures there and then:

How to influence on a frequency of impression?

It is necessary to find a balance between possibilities of your budget and a frequency of advertisement impression. If you have a small budget on advertising, you will hardly start to bother the audience, but if your budget includes thousands of rubles/dollars per day, you have to choose the audience of a bigger size according to it.

It is also necessary to understand whether your audience can be tolerant of advertising. There are different types of advertising, and one causes more irritation than another.

For example, you can offer pleasant bonuses to your clients or persistently sell goods without any discount to a “cold” audience.

The last but not least: the more often your audience sees one and the same advertising banner, the more negativity it causes.

So, slowly but surely we come to the next important advice about the reduction of advertisement cost.

2. Monitor the quality of advertisements

Your every advertisement has to be not only new to the client, but also should not irritate him.

Be sure that one and the same advertisement is not displayed for several months. Moreover, do not forget that bright pictures can cause not only special attention but also aggression and opposition.

If, after all, irritation and negativity are caused, then advertisement should be changed.

How to understand whether it’s time to change the advertisement?

For this case, Facebook has a special parameter in reports which is called ‘relevance of the advertisement’.

To see the relevance of the advertisement, it is necessary to pass to columns setting in AdsManager: 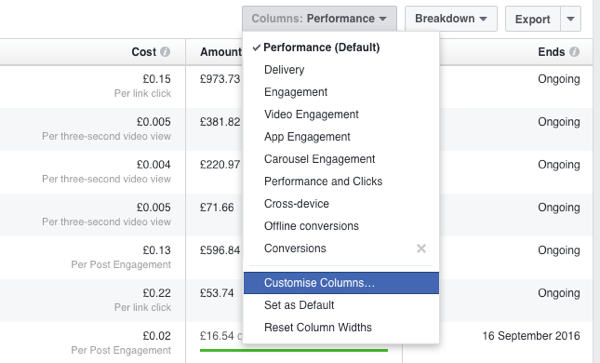 and to generate 3 parameters in reports:

If indicators of positive reviews are on average (or high) values, then the advertisement is going well and it’s necessary to look at a column with negative reviews, low or zero values are considered to be okay.

Having found bad advertisements, it is better to replace them as soon as possible before your budget is spent quickly on a low-quality advertising.

3. Choice of the right audience

To save the budget, it is necessary to monitor not only the subject of your advertisements but the type of the audience that sees them as well.

We repeated a lot that the audience which is brought together according to interests is not effective for the reason that this particular audience is available to all of the advertisers of the world. What is more, interests can be very far from reality as they were filled long ago by Facebook users or were collected by algorithms and text analyzers of Facebook which are hardly ideal.

To keep your audience relevant, it is necessary to use a retargeting. There are several ways to organize the retargeting either by means of the website or by your accounts on Instagram or Facebook.

Social networks are arranged in such a way that people do not come here to shop on the fly, therefore if you begin to sell them something "bluntly", it is a dead-end road; before everything else, the audience needs to be warmed up.

To warm up the audience, the audience itself must pass throughout the marketing funnel. You need to divide the targeted advertising into stages:

Do not forget to eliminate the audiences which have already bought something from you not to show them advertisements again and again. To eliminate these audiences you need to prepare the file with data on clients in the .XLS or .CSV format

When these audiences appear there, they need to be eliminated from advertisement impression.

Optimization of an advertisement impression is the installation of Facebook algorithms allowing you to show the advertisement to the most active audience.

For example, if optimization to cliques is included, then your advertisement will be shown to those who more likely will follow the link in an advertisement.

The optimization to conversion works in the same way, after installing such an advertising campaign you will be able to save up to 80% of your budget, having cut down expenses on purchase commission.

To optimize advertising to conversion from your website more precisely, you need to introduce a pixel of Facebook correctly and also to add pixel events which are supposed to be triggers of conversion on your resource.

Every your hypothesis arising during an advertisement setting needs to be tested at first.

There’s no marketing or targeted advertising on Facebook specialist who would be able to answer you such questions:

As you can see it is necessary to adjust two and more advertisements, or even 2 groups of advertisements and then to test any parameter of your advertising.

In an automated or manual way?

Recently Facebook gave to the advertisers an opportunity to carry out automated Split Tests, but if the Split tests tool seems to you too expensive and difficult now, anyway, you should not forget about testing and carry it out manually.

Then you can decide what works better and what works worse, switch off non-working advertisements/audiences and only after it you’ll be able to move further.

How to start testing correctly

For the highly optimized testing do not forget to create identical conditions for 2 tested groups, excepting third-party factors. And also try to keep them during an identical period of time and with an identical budget so that the results could be more reliable.

Do not make quick decisions, indicators of test campaigns can temporarily differ and change in the last moment. Thus, you need to be sure that one of the options matches (or does not match) the cost of click or the driven purchaser.

We have studied 5 basic principles helping to reduce the cost of click and sale. Actually saving budget at the very start of the targeted advertisement includes even more details, laborious work on all the stages of creation and testing of advertisements.

How to Run an Offer From Scratch – Angles & FB Strategy 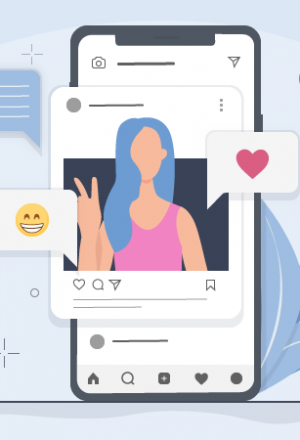 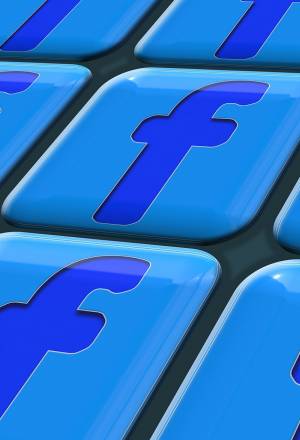 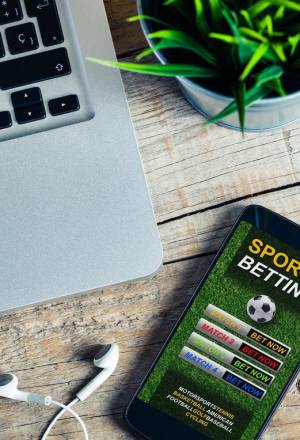 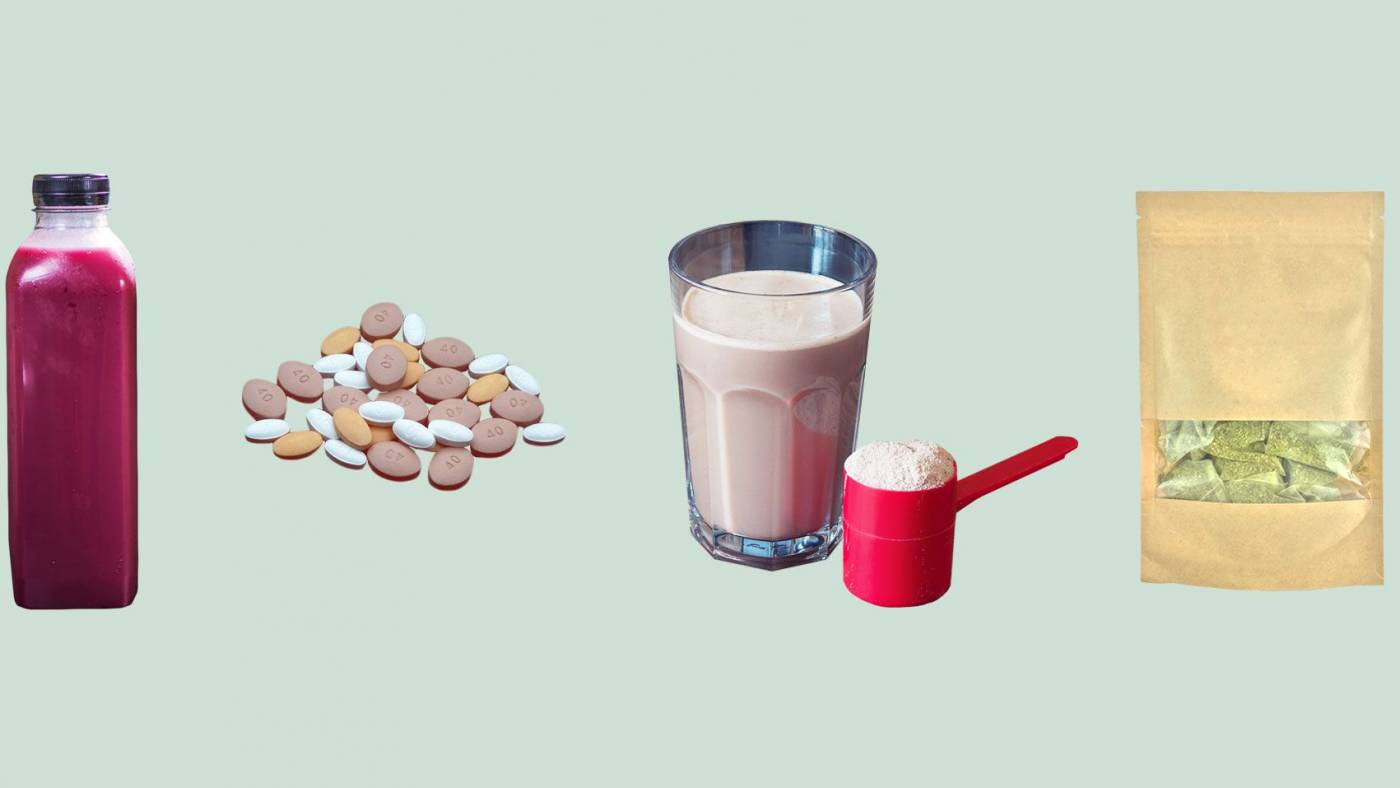 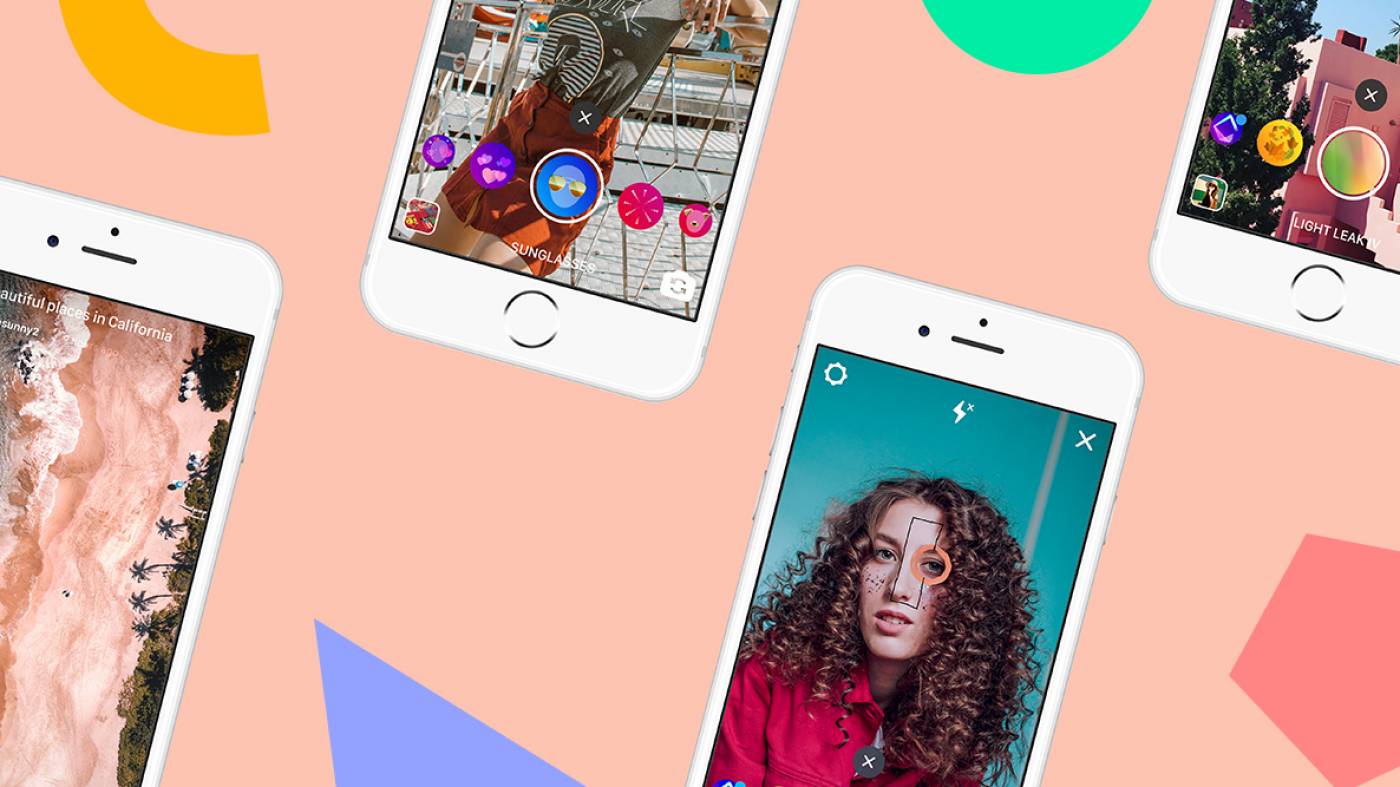 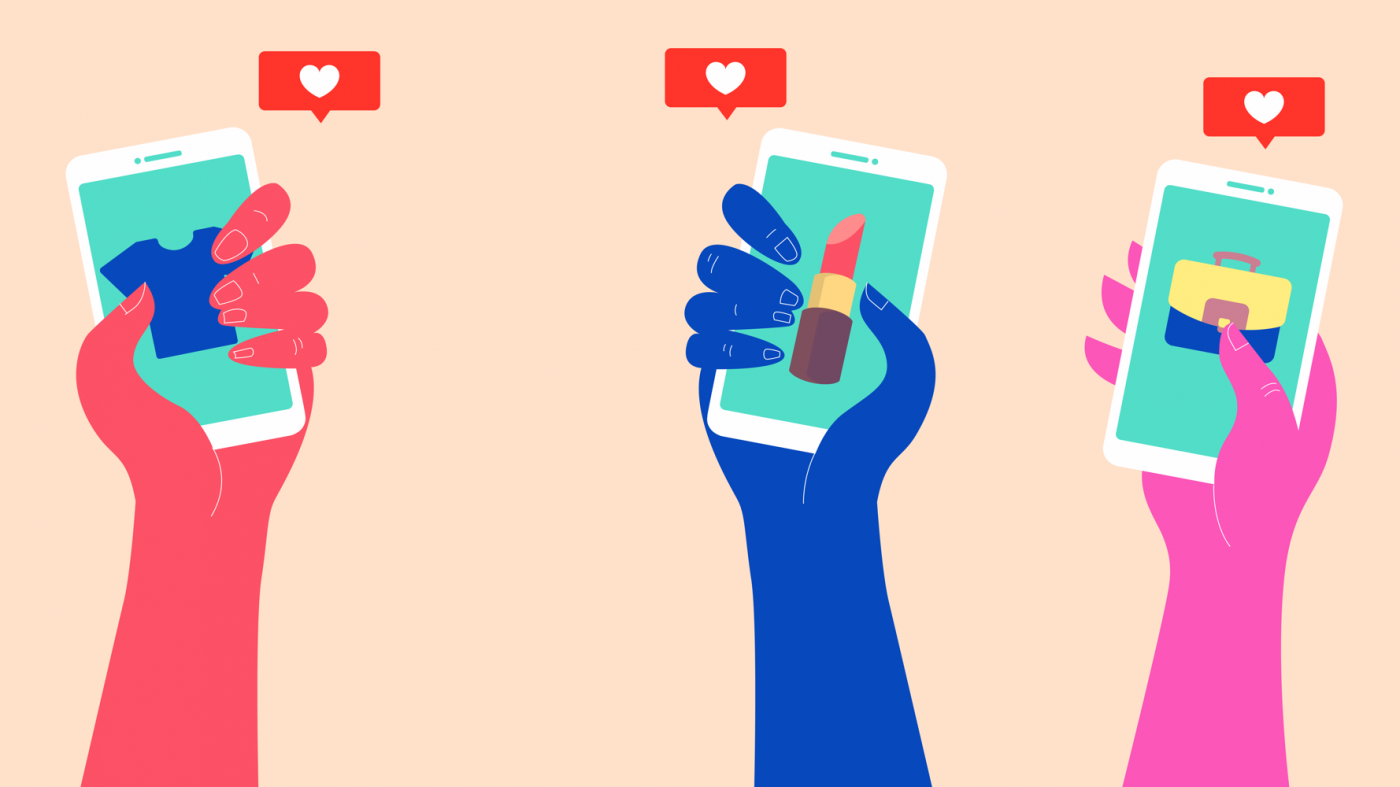 13 min 4766
Affiliate Valley
Cookies help us deliver our services. By using our services, you agree to our use of cookies. You can turn cookies off by changing your browser settings Agree