The program for classic conferences usually includes three independent phases: speaker performances, exhibition, and networking; Traffic Summit was no exception but creatively upgraded each phase innovatively in order to deliver maximum benefit and value to all participants in two days.

On September 28 and 29, an innovative digital marketing conference was held in Turkey for the first time, designed to bring together Internet professionals from all over the world - Traffic Summit. For two days, the Haliç Congress Center in Istanbul became the meeting place for internet marketers; experts in affiliate, performance, and influencer marketing; as well as GameDev, NFT, and blockchain. What did the participants and speakers talk about? Of course, about Internet traffic, they also shared the secrets of its traction and growth.

The program for classic conferences usually includes three independent phases: speaker performances, exhibition, and networking; Traffic Summit was no exception but creatively upgraded each phase innovatively in order to deliver maximum benefit and value to all participants in two days. 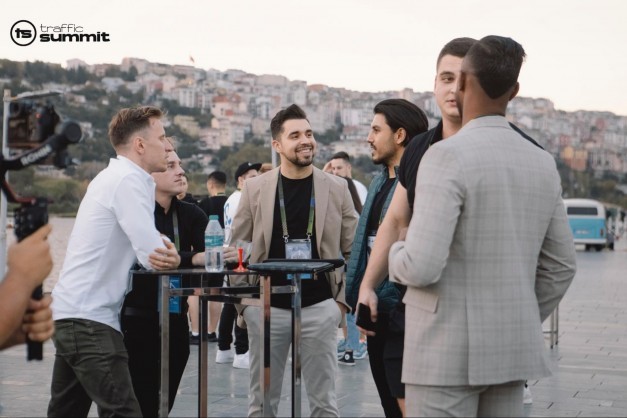 It's all about traffic: Speaker Presentation Sessions

Initially, the ambitious event chose the phrase “it's all about traffic” as its motto and, indeed, most of the conference was dedicated to it. Topics of increasing site traffic and opening new traffic sources turned out to be relevant for specialists from more than 10 professional fields.

Social networks, as one of the most significant and accessible sources of traffic, proved to be a recurring topic in the speakers' reports. This is especially true for Facebook and TikTok, which have more than 700 million users each. Traffic Summit speaker and Sugatan.io development director Matas Kemzūra shared a plan for scaling up a Facebook ad campaign that could bring in revenue of up to $60 million per year. Lazar Žepinić, co-owner, and CEO of Pendulum Ads, came up with a similar topic, betting on TikTok Ads. Van Oakes, the owner of Goat Media, suggested using a multi-channel approach for promotion and also utilizing less popular social networks, such as Snapchat.

Chatbots, marketing of NFT projects, the importance of blockchain in digital marketing…- about 20 speakers shared their experiences in the most relevant areas of digital marketing; Real digital gurus, known in the international arena, and having accomplished so much, the speakers include: Thomas Moen, CEO MOEN & Co; Anna Gita, CEO MaxWeb; Tone Vays, founder of The Financial Summit; Vlad Zhovtenko, CEO of RedTrack.io; Maor Benaim, owner of The Wolf Marketing; Amin Siala, Google Development Consultant and many others. 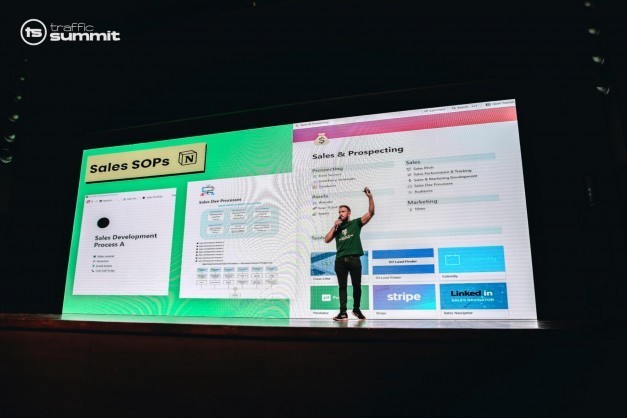 The spacious hall of the Haliç Congress Center served as the expo area, which was busy for two days. Dozens of companies presented their brands, including young startups and well-known mastodons in the industry such as Taboola, Exness, Redtrack, Affise, and Profit Paradise.

Among the exhibition booths, there were those that fascinated with custom designs. “The idea of ​​creating authentic stands was born back in Kyiv - then at KINZA we created a stand in the Ukrainian style; It immediately became clear to us that the story had a good chance of being continued, given the diversity of conference geography. Each country has something unique that makes it different from the rest. Therefore, at the Traffic Summit we continued the tradition and made a stand in the classic Turkish style with local authentic attributes,” - Inna Gagarin, Co-owner Gagarin Partners. 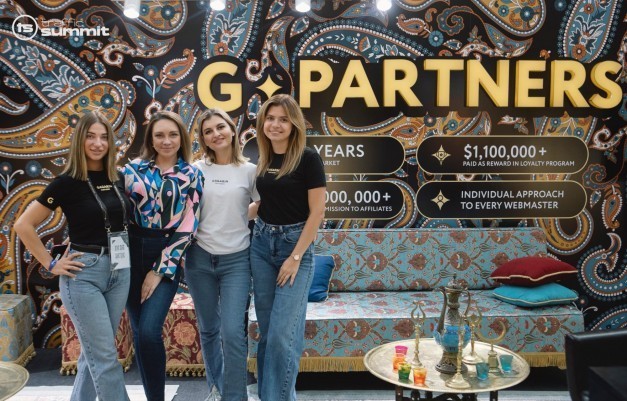 Networking during the conference was accompanied by coffee breaks, games, and spontaneous mini-golf tournaments, unhurried conversations in the chill zone, as well as thrilling parties, of which there were two.

After the first day of the Traffic Summit, the participants were invited to a lounge party that ended with the World Traffic Awards ceremony on the Istanbul waterfront in the sunset. 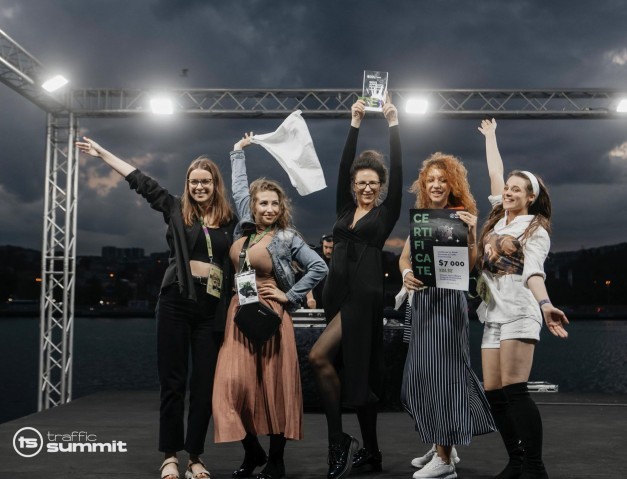 The World Traffic Awards (WTA) is an international award for outstanding representatives of the digital industry in 11 categories (Best Ad Network, Best Marketing Influencer, Best Blockchain Project, and others), which was held this year for the first time. The winners in various categories were chosen by the community through online voting, as a result of which the following companies were awarded:

The winners of the award proudly accepted it from the hands of the organizers and thanked those who voted for them online. “We appreciate this recognition of our affiliate program and want to thank everyone who voted. We share this award with our incredible partners. It is your ongoing collaboration and support of Exness that makes our affiliate program such a success. All the best wishes to the organizers of the World Traffic Award,” said one of the award winners, a representative of Exness.

The participants of the Traffic Summit also chose the winners of several other nominations right at the conference: the award for Best Speaker went to Todor Minev, and Best Booth to Gagarin Partners. 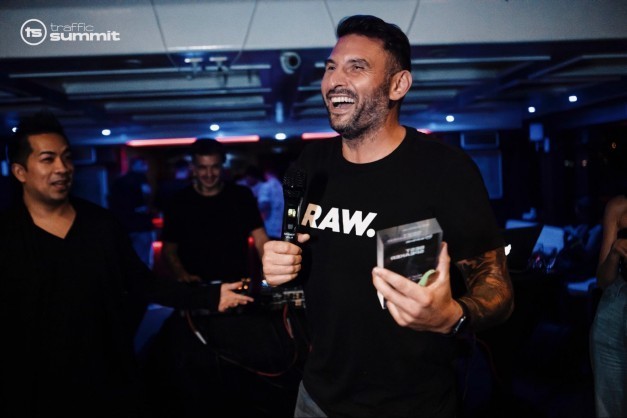 Organizers of Traffic Summit decided to take a spectacular approach to the main afterparty and invite owners of Business and VIP tickets to cruise on a glamorous liner along the Bosphorus. Night lights of Istanbul, incendiary music, cocktails, dance, creating acquaintances and communication - the official closing of the two-day conference was bright and most enchanting. The entertainment program was provided by Mike Prasad, while the DJ set was anchored by Furkan Kurt and Kerem Tekinalp.

When the two days of the exhibition, performances, and networking came to an end, representatives of the companies shared their impressions, feedback, and plans for the future. “Many thanks for the invitation to Traffic Summit. We enjoyed it a lot and we think the level of organisation, guests & attendees was very remarkable. We are looking forward to connecting again in the future,” Taboola said. 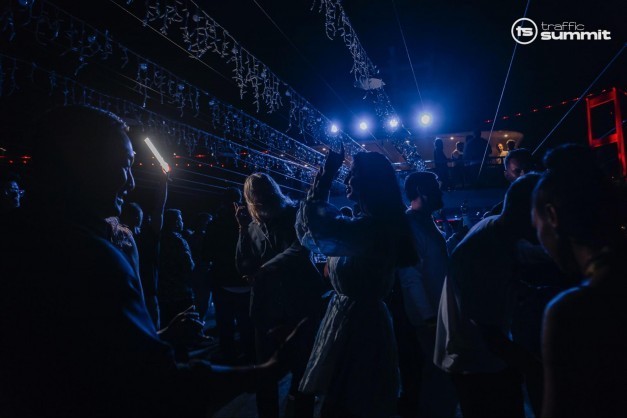 The Traffic Summit team does not plan to stop there: the next digital conference will take place in 2023. “We will announce the location a little later,” says Traffic Summit Team. – We have ambitious plans and are confident that Traffic Summit will be able to become one of the most significant events and brands in the digital industry. We hope that the situation in the world will stabilize and will allow gathering even more people from different parts of the world at the next event. We thank all participants of the first Traffic Summit. See you at the next big conference!”.

How Blockchain Will Change Affiliate Marketing

Facebook Ads vs Affiliate Marketing: Who is winning? We deal with PST 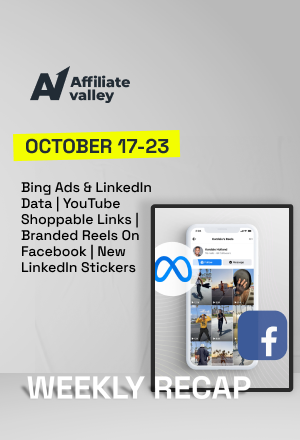 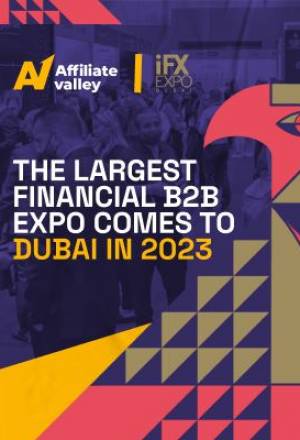 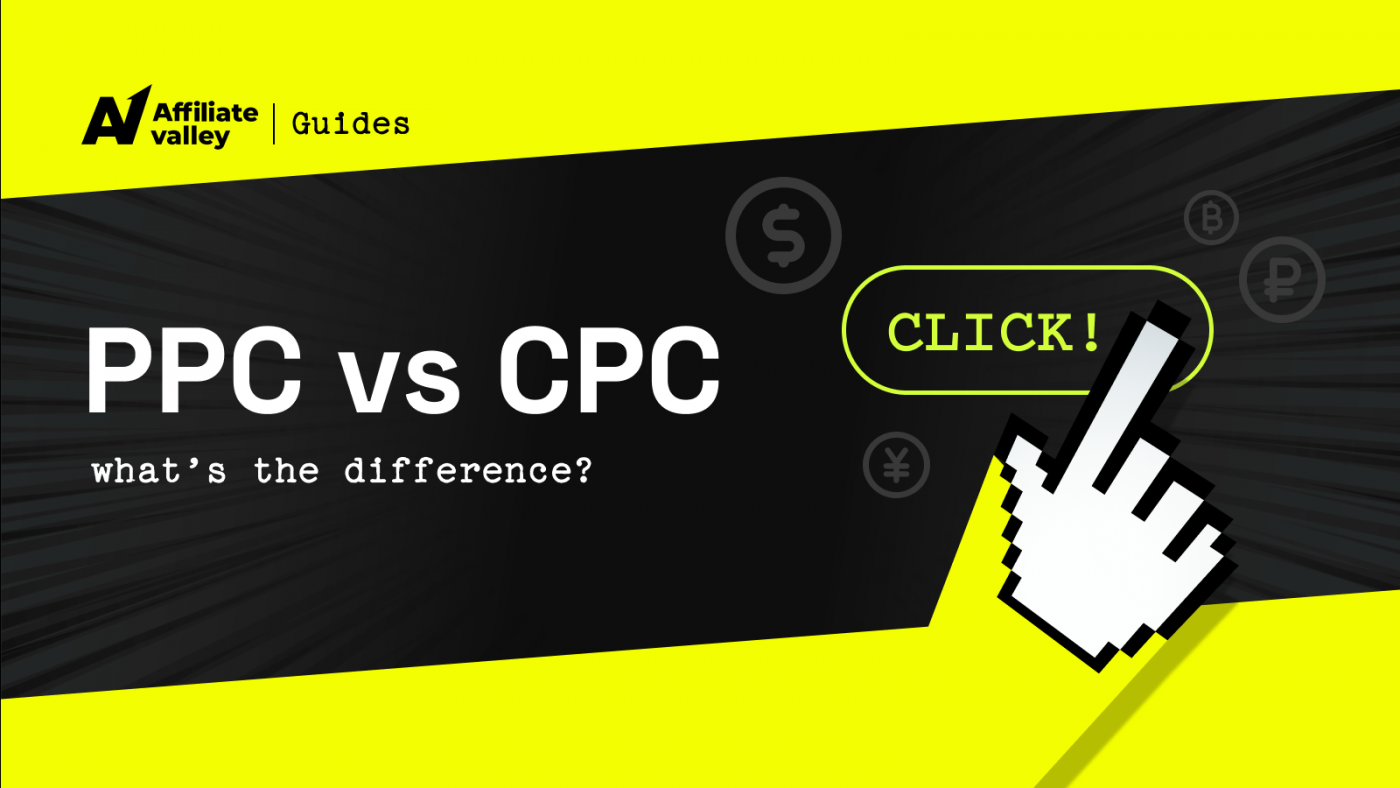 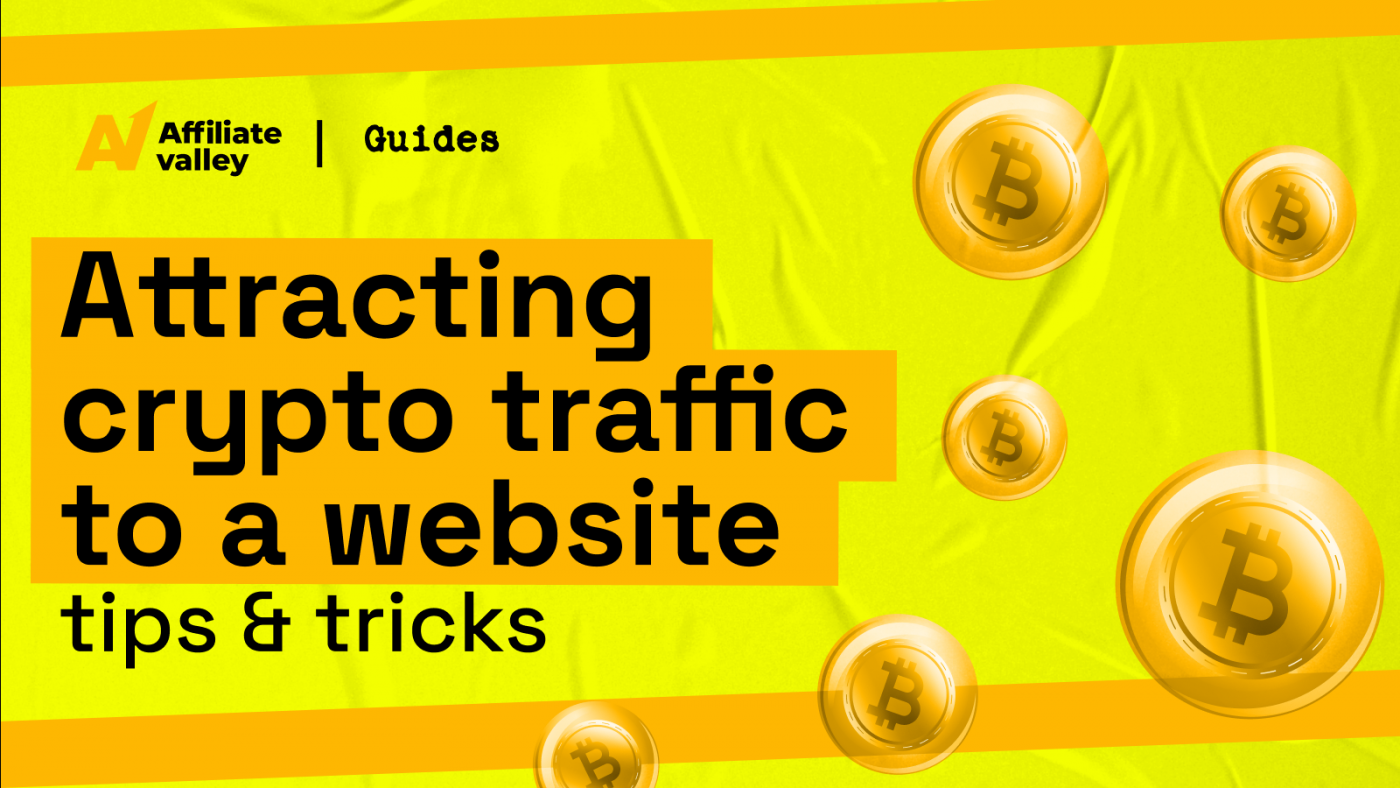 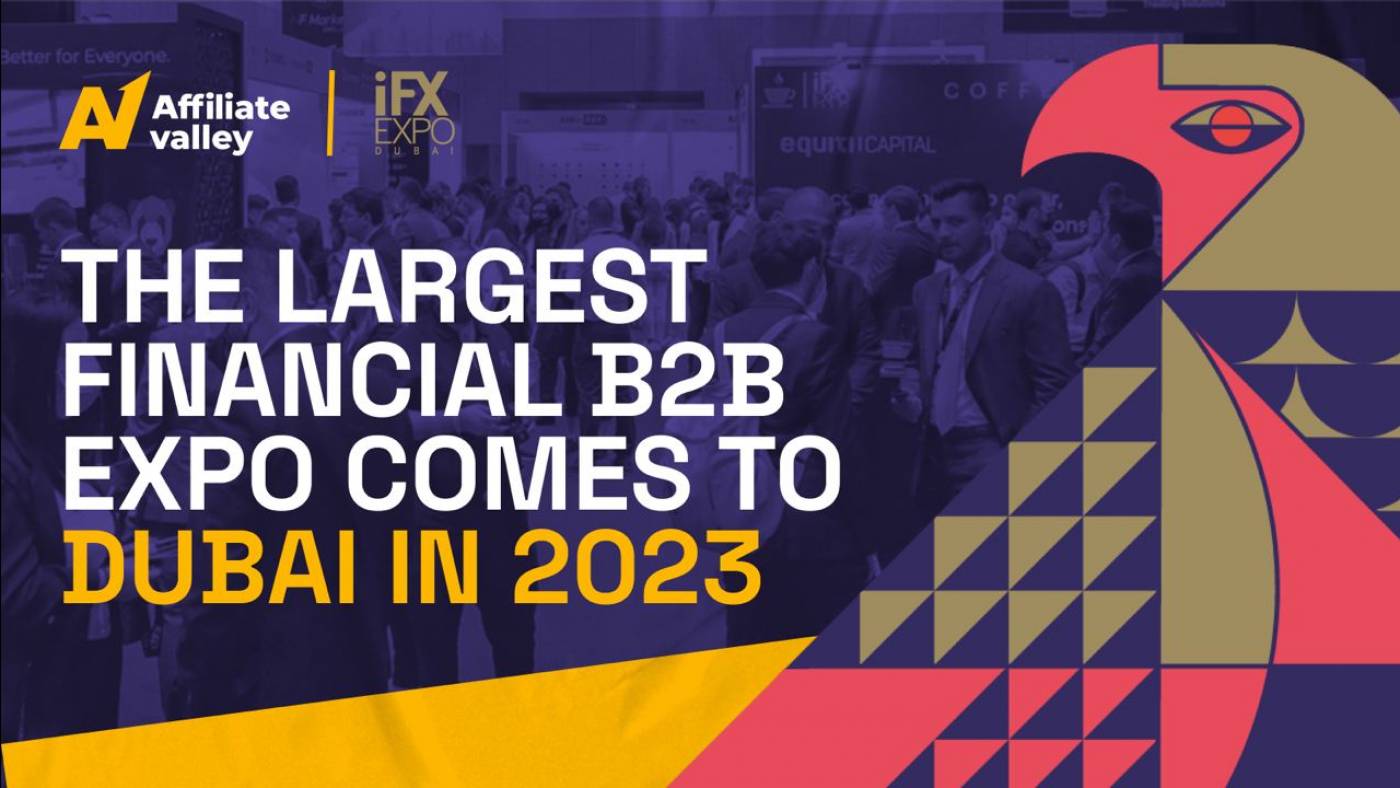 2 min 23562
Affiliate Valley
Cookies help us deliver our services. By using our services, you agree to our use of cookies. You can turn cookies off by changing your browser settings Agree